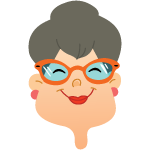 After raising seven children through their teenage years, I've had my fair share of experiences with selling used cars that have body damage. As a child saved up to buy a newer car, I was relied on to find a way to sell their old one for the most money possible. I have learned that fixing small dents and other aesthetic issues with your vehicle is a great way to significantly increase the sales price you ask when you put it on the market. But not all dents are worth paying to have fixed because it won't affect the value much. Whether you are just trying to make the money back that you've put into your vehicle or you're trying to make a profit, hopefully the pages on this website will give you some insight into what's worth putting your time and effort into fixing and what's best left untouched.

If you have been in a collision, no matter how minor, chances are there is some body damage. The type and severity can vary widely, depending on what was involved in the impact and the rate of speed. Most body damages fall into one of the five basic types, which can all be repaired by a collision service.

Surface damage only affects the paint of the vehicle. There are no dents, only scratches and scrapes. The damage can be very minor, such as when the clear coat is removed but some paint remains. It can also be more severe, such is the case if the paint is removed completely and bare metal is exposed to the elements and potential rust. Repair requires cleaning the damaged area to remove dirt and rust, and then repainting it.

Another minor type of damage is a simple dent with no paint damage. Not only is the paint fine, but the dent itself is also smooth with no creases in the metal. Small collisions at low speed, such as a rolling bump or a shopping cart strike, are common causes of these dent types. The dent is fixed by carefully popping it out and smoothing the metal, using a combination of suction devices and pressure from behind the dent.

Compound dents are those with paint damage but no creasing of the metal. When this happens, the dent can be popped out using the same methods as those used for paintless dent repair -- suction and pressure from behind. Once the dent is smoothed, then the damaged paint is thoroughly cleaned and touchup paint is applied.

A dent can't be smoothly popped out if it creases the metal. In this case, the panel is straightened as much as possible, usually by hammering out the dent with a rubber mallet. Then a body filler is applied to the damaged area to smooth out the creases and uneven panel surface. Once the filler bonds and cures, the entire panel is repainted.

Panel replacements are done if there is severe denting that can't be repaired by hammering it out and using a body filler, or if the panel is actually punctured through. Your repair service may also need to replace fiberglass and plastic panels if they are damaged since these can't usually be repaired by other methods.

Contact a collision repair service if your vehicle has damage that needs to be fixed.